Investment Council – “On the Formalization and Competitiveness in Tourism”

Tirana, Monday, 15 October 2018 / The Investment Council (IC) held a regular meeting chaired by the Minister of Finance and Economy, Mr Arben Ahmetaj. The agenda for this meeting was “On Formalization and Competitiveness in Tourism.” In his speech, IC Chair, Minister Arben Ahmetaj said that “Although the tourism sector has a substantial growth, its formalization remains a challenge for the country. During the last tourism season, many tax control structures were engaged, although in the focus were not penalties, but taxpayers’ education and, of course, further formalization. ”

In the following, Head of the IC Secretariat, Ms Diana Leka delivered a presentation on the Secretariat’s analysis focusing on the impact of informal activities and fiscal evasion in the competitiveness of the sector. The objective of the analysis was identification of the fiscal, legal and regulatory measures, necessary to address sector’s high informality and their alignment with the general framework of policies and strategies for the development of the sector.

Some of the main findings of the Secretariat’s analysis are: a) Informality remains a systemic problem of the sector with peculiarities as per tourist destinations and business models; b) The structure of the businesses remains dynamic, from small businesses to medium businesses and big ones, with specific characteristics as per tourism destinations/% of foreign investments in the sector is low, c) Regulatory reforms have improved the investment climate in the sector – particularly positively assessed business registration, licensing and relationship with the tax authorities; d) meanwhile, some of the major business concerns are unfair competition, lack of quality in human resources to cope with the increasing number of visitors, impediments to access to finance, the need for more investments in the public infrastructure etc.

Representatives from the business community in the tourism sector confirmed that the VAT reduction to 6%, demanded for years by the businesses of the sector, constitutes to them a big support. Meanwhile, they explained how much at risk are formal businesses, regular payers of national and local taxes because of the high informality in the sector. Most of the informality does not derive from the formalized hotels, but from the unsold apartments and villas which lately have been leased to foreign visitors, inciting unfair competition. Formalization of the sector remains complex, and it should not consider only the financial aspect but also other aspects related to the tourist offer, prolongation of the tourism season and increase the average amount of money foreign visitors spend in Albania, which is currently at a low level. They expressed their support to partner with the government for the formalization of the sector and to protect fair competition. In addition, it was suggested for the government to consolidate the entire registration of companies in tourism, categorization and classification of accommodating structures as measures that would promote formalization.

EBRD and EU representatives emphasised that they remain committed to financing the improvement of the country’s infrastructure. They consider fiscal incentives provided by the Government, especially in agro-tourism, a further step toward formalization of the sector. In the meantime, it remains problematic the low level of transactions with various banking instruments (cards and POS terminals), an indication of informality in the sector,  limited access to finance, low influential role of the private sector in the good governance of the sector, as well as massive constructions in areas with special importance from the environmental aspect such as the case of Divjaka. In this context, it was suggested the need to address these problems in the Draft National Strategy of Tourism, and the eventual approval of the Strategy and its Action Plan.

In the end, Minister Ahmetaj stated that: “Soon, the fight against informality will go to another level, as negotiations are being held with digital platforms such as Booking.com and Airbnb to obtain official information from these platforms on all the structures leased in Albania.”  In addition, the Minister informed about the very important fiscal project which will enable online and in real time all B2C and B2B transactions, as a measure to further escalate more intelligently the efforts for formalization.

The ultimate goal, in the framework of IC, remains to promote sustainable debate by identifying policy and institutional changes which lead to the sustainable and inclusive growth of the sector, such as possible improvements in the central and local policies as well as in business practices. Recommendations prepared by the IC Secretariat in collaboration with experts of the sector, companies, business associations and institutions intend to influence concrete formalization measures during 2019 and onwards.

The materials of this IC Meeting will be soon published on the IC website. For more information, visit us again. 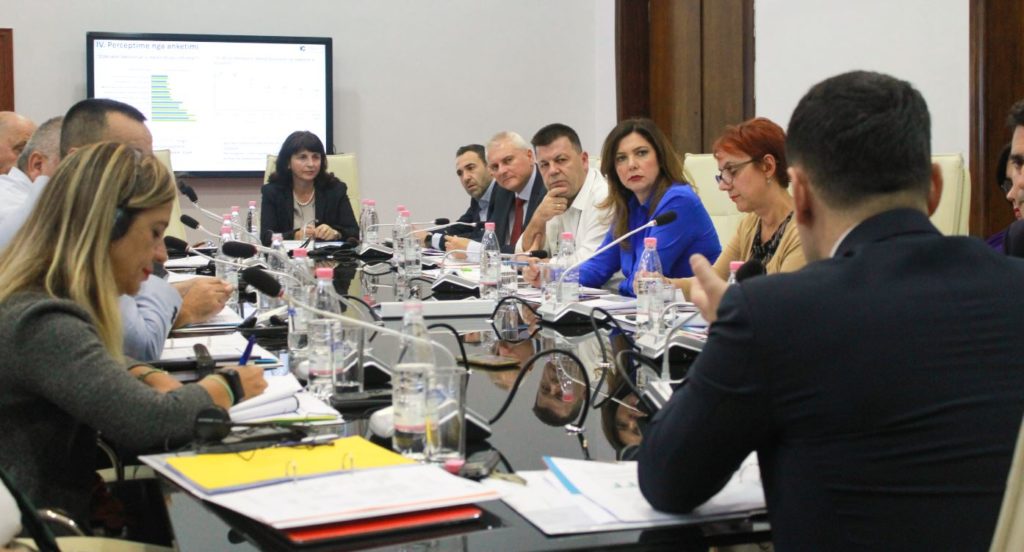 Response of Secretariat of Investment Council to...

Investment Council discusses on the Interaction between...