Tirana, 9 September 2022 / The Prime Minister of Albania, H.E. Mr Edi Rama, and the Minister of Finance and Economy (also the Chair of the Investment Council), Ms Delina Ibrahimaj, organized a meeting with business associations, chambers of commerce and IC members on the progress of the consultation process regarding the business recommendations[i] for improving the business climate.

During her speech, Minister Delina Ibrahimaj emphasized the importance of strengthening the dialogue between state institutions and business representatives, delivering to the participants a brief snapshot of the status of the analysed business recommendations. Out of 262 recommendations, 32 have already been addressed, while 112 have been exhausted in the discussion by the technical staff of various institutions, while 45.5% or 118 are still in the process to be addressed. The main issues addressed are related to fiscalization, digitalization, financial regulatory framework, education, employment, customs procedures, concessions, hydrocarbons, as well as other issues affecting the business.

During his speech, Prime Minister Edi Rama said that the government remains committed to more dynamic and transparent interaction with the business community. Furthermore, he stated that the achievements that have improved the business climate in the country should be reflected more professionally by the chambers of commerce in their reports on the business climate, especially as relates to the concrete steps that have been taken to accelerate, facilitate, and transform the procedures that once were tedious and dragging and now are automated and electronic. The energy crisis was in the centre of the discussions where the Prime Minister Edi Rama asked the companies to invest in alternative renewable energy sources such as solar panels optimizing costs and saving energy in a time of global crisis.

On the other hand, the businesses reiterated various issues related to the energy crisis, legal issues, and the lack of labour force, while they also expressed their appreciation for the format and work of the Investment Council, as an effective platform of public-private dialogue. In her intervention, the Head of the Secretariat of the Investment Council, Ms Diana Leka (Angoni) highlighted the importance of political will and serious engagement of the parties, appreciating the progress made in terms of commitment, dialogue format and inclusiveness, while emphasizing the need for:

[i] Launched at the Investment Council’s meeting held on 31 January 2022. 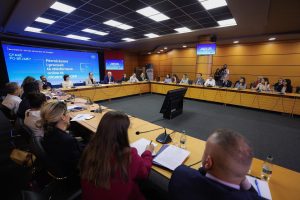 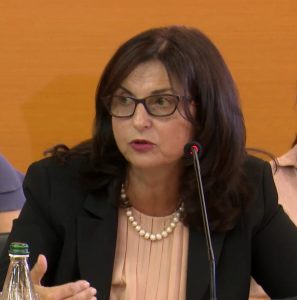