The informal sector has been a major issue in Albania since the early stages of its transition towards a market economy. In BEEPS V, 40.2% of the firms surveyed reported competing against firms in the informal sector, which is slightly below the SEE average of 48.6%. This competition is highest among SMEs: 41% of them reported competing against unregistered firms, compared with 27.8% of large firms.

Additionally, the informal sector is an important contributor to employment and production in Albania. According to the International Labour Organization, 30% of the total workforce in the construction sector is employed informally. Discrepancies in Albania’s national accounts suggest that the informal sector accounted on average for 36.2% of GDP over the period 1996-2012. It is manifested in different forms such as unregistered businesses, undeclared workers, tax evasion, corruption, smuggling etc. The Government in mid- 2015 has undertaken large anti-informality action in tackling mainly the small unregistered businesses and approving an enormous increase in penalties for irregular businesses.

What has been done:

The Secretariat prepared in close cooperation with business associations and based on the results of a survey it launched until end of November 2015, a paper on Informality in the Albanian Economy with suggestions and recommendations for the improvement of this sensitive issue to the business.

Informality in Albania mainly appears in the form of unregistered businesses, tax evasion and informal employment. The figures published by the government relating to the success of its campaign, constitute a clear indicator on the dimension of informality in the country. The measures undertaken are still a subject of debate by experts, business associations and other stakeholders regarding their efficiency and proportionality in relation to the ultimate goal this campaign is expected to reach. On 15 December 2015, the Investment Council discussed the agenda item “Informal Economy, a Common Government-Business Challenge.” For more information on the Meeting materials, please visit here.

Investment Council discusses on the Interaction between...

Are businesses consulted on new taxes and...

Investment Council Meeting – Consultation of the... 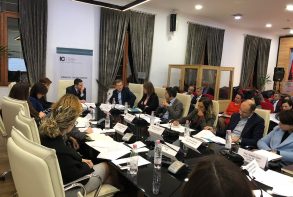 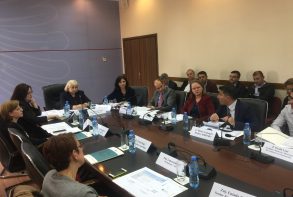 Main Findings of the Business Survey 2018