Interview of Ms. Diana Leka, Head of Secretariat of Investment Council by FIAA

“As a small economy, although quite strategically located, stability remains crucial in all aspects, but more specifically as relates to laws and institutions”

FIAA: What is your impression of the current business investment climate in Albania? 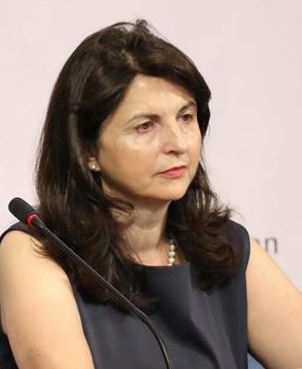 While, at the macro policy level – initiated structural reforms on energy, pension, NPLs, land property, fiscal rule and transparency of public management money, territorial reform should be further accelerated to reach the enormous potential that Albania can offer to compete regionally and globally.

What are some of the challenges that lie ahead for investment in Albania?

One of the main pillars where we need to focus is where the growth or investment will mainly come in the next period ahead and what could be the relevant policies, keeping in consideration the regional context.

Productivity levels, especially labour productivity, remain low, probably related to the quality of investment climate and the current state of “unfair competition”. Challenges ahead, a part of legal reform, is related to proactive policies on:

Obviously, the speed and maturity of the justice reform followed by professionalism and image of the public administration are pre -conditions that will facilitate or hinder any reform for the country.

What will the Council discuss in the second half of the year?

Government Inspections are essential components of the regulatory system and critical to the benefits of society, businesses and citizens. However, inspections may bear redundant costs and administrative burdens for businesses by discouraging entrepreneurship. The high number and often overlap of various inspections as well as their efficiency in practice still remain a concern for the private sector, also reported to the Secretariat. Thus, the analysis of inspection procedures and interaction between businesses and relevant authorities will be part of the IC agenda for the second half of 2017.

The Government has implemented an online portal on construction permits aiming to facilitate the procedures for the business and individuals for getting such permits. The Secretariat of IC has gathered some preliminary opinions and feedback from businesses on construction permits applications and procedures, particularly related to agricultural and industrial sites. On the above basis, our aim is that in cooperation with the local governmental units and the respective stakeholders, to look into the impact of such reforms on investment and local economic development.

What more do you think can be done to improve business conditions?

Special thanks to FIAA for its initial support and cooperation with Investment Council and its Secretariat.