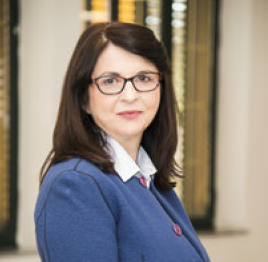 The informality level, especially in coastal cities, remains particularly problematic, so businesses operate in informality, which is why they may prefer not to install POS terminal to hide their turnover, but also as part of unfair competition.

Informality has been one of the main pillars of our work, from the beginning, in the frame of stimulating debate on key issues regarding the country’s investment climate. The Secretariat of Albania Investment Council has analyzed informality (2015-2019) in the Albanian economy in general, as well as in particular sectors, such as tourism and agriculture. Specifically, in tourism, the analysis aimed to identify the extent to which economic activity is affected by informal activity and tax evasion, where “informal economy” means economic activities involving monetary transactions, related to legitimate economic activity, carrying tax evasion, or tax avoidance. It must be emphasized that the majority of subjects engaged in tourism (about 300) and included in the analysis, were small -and medium-sized businesses, mainly “hotel accommodation” and “tourist agencies.” During the analysis and consultations, a low number of debit/credit card transactions was identified as an issue in general in the country, specifically in touristic areas. The issue was initially perceived as a problem from the viewpoint of tourists, rather than the owners of accommodation units/restaurants/bars, etc. Specifically, tourists have identified cases of lack of POS terminals in touristic areas, often making cash payments. Furthermore, there were cases when entity owners were equipped with POS terminals, but they raised the issues of the cost of their maintenance, as long as the users’ number was not high enough.

Also, the Secretariat referred to some studies, which confirmed a direct link between the level of informality and the low level of transactions by electronic means, such as: POS terminals, or payments via mobile phones, especially in the sector of trade and services. This due to the fact that, cash payments leave no trace and allow them to avoid transaction reporting, as part of turnover, thus becoming one of the causes for shadow economy and tax evasion in tourism. On the other hand, the number and use of debit & credit cards by the population still remain the lowest in the region. Also, official data from the Bank of Albania were analyzed, which showed that the total number of POS terminals in Albania, by the end of 2018, was only 8,726, out of which 7,259 were located in Tirana district. In the third quarter of 2019, the total number of POS terminals increased to 10,837, but still remains the lowest in the region.

In this context, we recommended a deeper analysis of the issue, both in the frame of globalization and compared with countries in the region, and from the perspective of the important role that financial inclusion education has in the economy.

On the other hand, the access of the population and business to banking services should be increased, through financial education and confidence buildup in the banking sector, whereas banks must increase the transparency
about costs of services and cards, and in particular, must review their commissions on providing and maintaining such devices and instruments. Also, coordination of anti-informality measures and those promoting voluntary formalization, between the Ministry of Finance & Economy and the Bank of Albania is needed, in terms of encouraging the use of cards through fiscal instruments and at the same time, providing banking service closer
to businesses, especially to small ones. Finally, the Albania Investment Council would recommend that: Encouraging payments through the use of POS terminals and electronic payments would affect the high level of the shadow economy in tourism activity; they would increase business compliance with tax administration and contribute significantly to increasing the transparency and reputation of the Albanian tourism offer, especially for foreigners. Ways to face such challenge should be further discussed with the Bank of Albania, commercial banks, and the Ministry of Finance & Economy, in order to find an acceptable solution and avoiding additional costs for businesses, especially micro-businesses. The international practice offers several measures that can be followed. In addition to the above, the practical implementation of the rules on categorization and classification of accommodation structures, according to the provisions of Decree No.730, dated 20.10.2016 of the Council of Ministers: “On rules for terms, requirements, tariffs, timing and procedure for classification of accommodation structures”, which make the use of POS terminals at 4 and 5-star hotels/resorts mandatory, would give a hand in the formalization process.